Just as I promised you! Another post combining trails, views, and a kid-friendly watering hole! This time, it’s even DOG-friendly!

Miller-Knox is one of the best little East Bay Regional Parks you’ve never heard about, unless you’re from Richmond. And even then, you might not be familiar with it. However, this little gem of a park has some of the best views of the entire Bay Area, and now even a local brewery at the trailhead! We’re still riding the waves of wildflowers, so now’s the time to go explore. 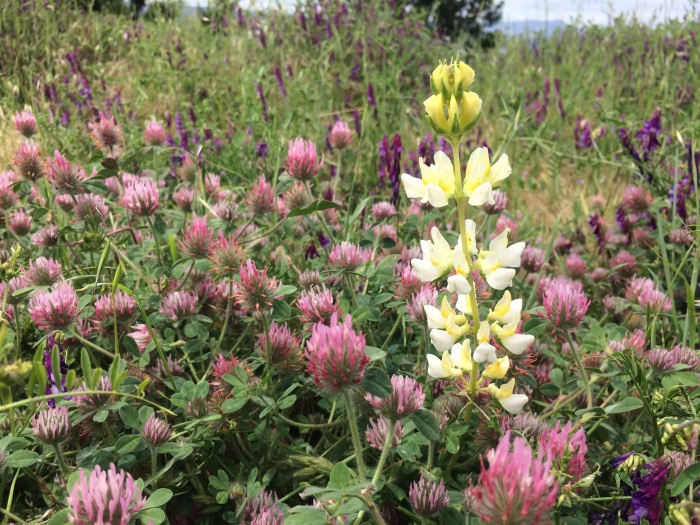 Miller-Knox is actually a park with two sections. One side of the park (parking lot off Dornan Drive, on the Bay side) is more tame, with paved paths and a large pond/small lagoon frequented by plenty of Canadian geese. This side of the park is great for kids just starting out on bikes. For more experienced bikers, this is also a great starting point for some Bay Trail action.

However, with the opening of the East Brother Beer Company, I would recommend starting either from the parking lot of the brewery, and doing a hike before lunch/adult beverage, or starting on the other side of Dornan Drive, heading up from the Richmond Ramblers building to Crest trail, then following Crest trail to the end. It depends on what you want your day to look like– do you and your charges want to hike to lunch or hike and then lunch?

We started at the brewery parking lot and headed straight up Crest trail– look for it to the left as soon as you turn off Canal Blvd into the parking lot for East Brother. It should be noted that this trail goes STRAIGHT UP. It’s a short climb to the top, but it’s a very steep short climb. We had to stop for snacks mid-way through. I also highly recommend taking the little spur trail out to East Vista Point to admire the view.

Once you get up to False Gun, you head off on single track, choosing your direction depending on how much you want to hike. To the left, the trail heads down and out to West Ridge Point. For a quicker hike, stay on the ridge up to Nicholl Knob, another prominent feature in the landscape with beautiful views. All told, one could probably get around 4 miles, and most of those 4 miles would have spectacular views. East Bay Regional Parks are a great place to take your dog– you can have your dog off-leash (under voice control) on the trails and on leash in the paved path section. 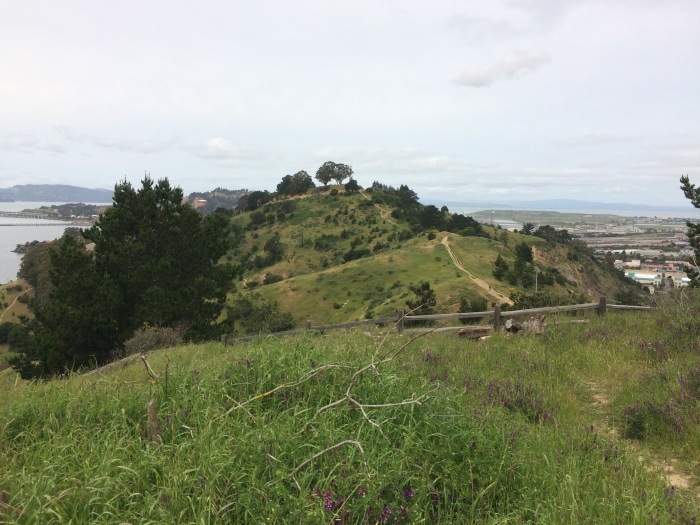 Because the East Brother Beer Company is relatively new and also slightly off the beaten path, and Miller-Knox is one of the lesser-known regional parks, you may also feel like you can visit both places on the weekend and not feel inundated with humanity.